Cuban émigré Mailin Perez, center left, is greeted by her husband Jose Caballero, center right, after arriving via Mexico at the bus station in Austin, Texas September 25, 2014. Perez was one of 14 Cuban migrants released by Mexican authorities after they were rescued at sea. Some of them headed for the United States by bus to take advantage of a U.S. policy that allows Cubans arriving by land to stay. The Cubans, who were without food and survived by drinking rain water, were intercepted off the Yucatan peninsula badly sunburned and dehydrated after three weeks adrift during which many of their companions died. Caballero left Cuba by the same route in December and is now a maintenance worker at a trucking company in Austin. Also pictured are friend Duniesky Castillo-Leyva, far left, and Ennis Perez Vega, second from left, who made the journey with Perez. REUTERS/Ashley Landis (UNITED STATES) 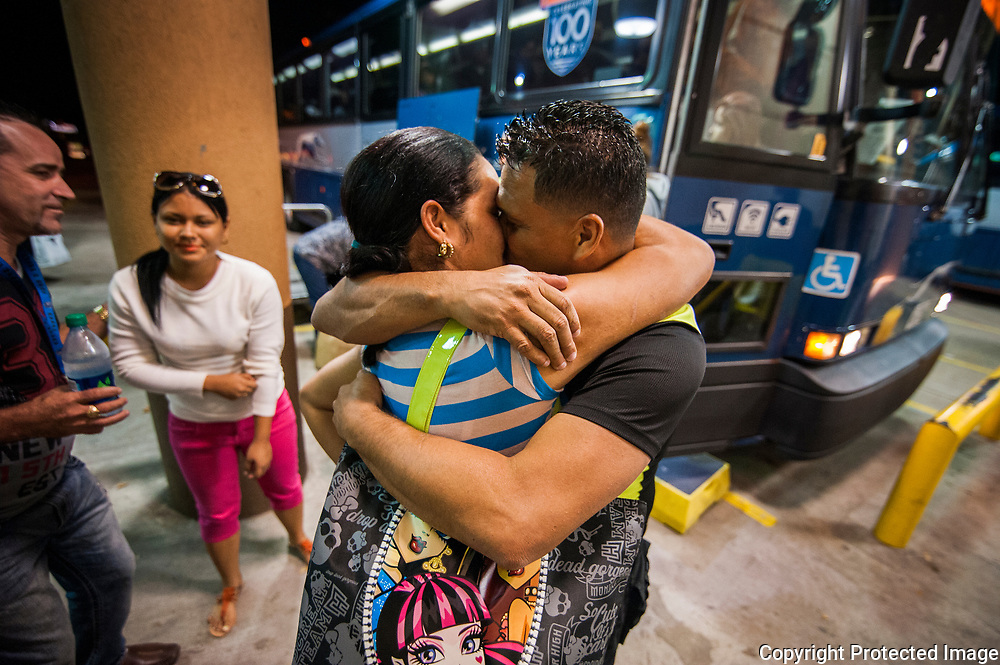